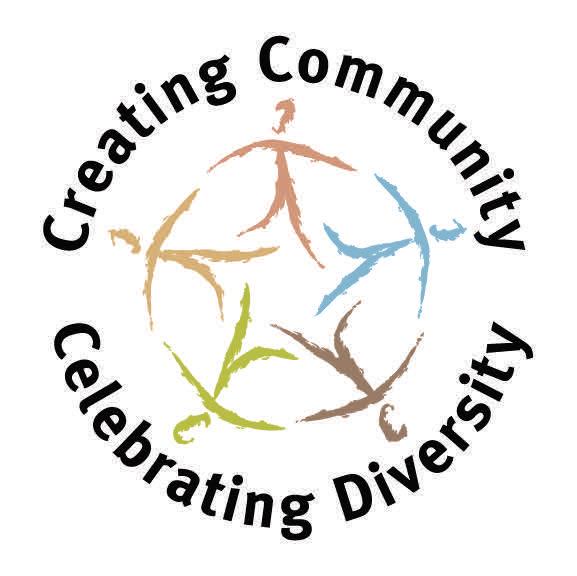 Click here to learn more about Not In Our Town: Stop Hate. Together.

Part of the mission of the Human Relations Commission (HRC) is to recognize the racial, ethnic, religious and cultural diversity of the El Cerrito community. At its May 6, 2015 meeting, the HRC unanimously moved to recommend that the City Council recognize “Loving Day” for the first time on June 12, 2015.

Loving Day is a movement that began in 2004 by then-graduate student Ken Tanabe in New York to recognize the day that the United States Supreme Court issued its landmark ruling in Loving v Virginia (1967) that outlawed bans on interracial marriage in the United States. Mildred and Richard Loving, an interracial couple, were married in 1958 in Washington, DC because it was illegal for them to marry in their home state of Virginia. When they tried to return home to live permanently, they were arrested, convicted, and threatened with jail time unless they left the state. The Lovings decided to fight this ruling, eventually winning in a unanimous decision by the U.S. Supreme Court after nine years of appeals. This ruling is considered one of the most notable civil rights decisions in U.S. history.

Loving Day has grown into a celebration of multicultural community, and provides an annual opportunity for people to learn history's lessons while envisioning ways to improve the future. More information on Loving Day can be found at www.lovingday.org. 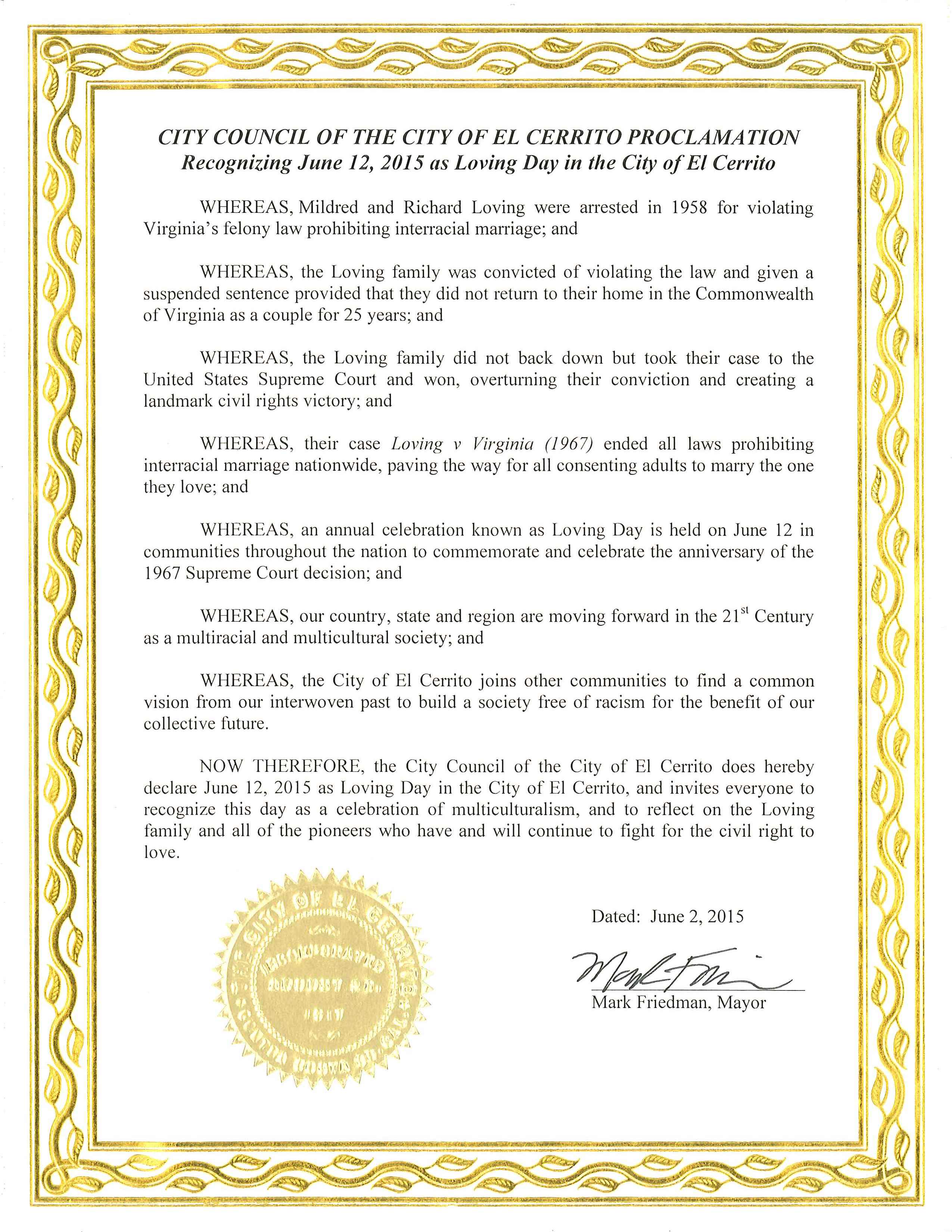 The City Council unanimously passed a resolution at their June 2, 2015 declaring June 12, 2015 as "Loving Day" in the City of El Cerrito. Additionally, by request of the HRC, Mayor Mark Friedman sent letters to Federal and State elected officials, including President Barack Obama and Governor Jerry Brown, informing them of the City’s action to encourage more cities, the State of California, and the Federal Government to celebrate Loving Day as a day of recognition for civil rights, multicultural communities, and bringing people together of different races, cultures, nationalities, and religious beliefs.

There were activities for the whole family...music, crafts, photo booth fun, reading corner, chalk art. The documentary "The Loving Story", with footage of the Lovings chronicling their Supreme Court fight, was screened free for the public. Thanks to Drewski's Hot Rod Kitchen food truck for the tasty eats!
Participants were also able to pick up Not In Our Town. Stop Hate Together. signs for home or business.

This event was sponsored by the City of El Cerrito Human Relations Commission, as part of its efforts to recognize and promote racial, ethnic, religious and cultural diversity in the City of El Cerrito.
Home Page
Return to home page
Bids
See open opportunities
Facilities
Find city offices and parks
Get Involved
Connect with the city
Jobs
Work with us
Meetings
Agendas and Minutes
Municipal Code
El Cerrito's city code
[]